The Algerian Dream: Youth and the Quest for Dignity (Paperback) 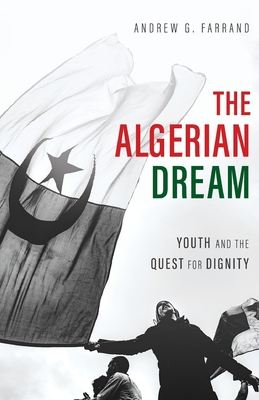 The Algerian Dream: Youth and the Quest for Dignity (Paperback)

Few outsiders have had the privilege to get to know Algeria and its youth so intimately-or to observe firsthand this pivotal chapter in the nation's history. It's a story that reveals much about the relationship between citizens and leaders, about the sanctity of human dignity, and about the power of dreams and the courage to pursue them.

Nearly two-thirds of Algeria's population is under the age of 35. Growing up during or soon after the violent conflict that wracked Algeria during the 1990's, and amid the powerful influences of global online culture, this generation views the world much differently than their parents or grandparents do.

The Algerian Dream: Youth and the Quest for Dignity invites readers to discover this generation, their hopes for the future and, most significantly, the frustrations that have brought them into the streets en masse since 2019, peacefully challenging a long-established order. After seven years living and working alongside these young people across Algeria, Andrew G. Farrand shares his insights on what makes the next generation tick in North Africa's sleeping giant.