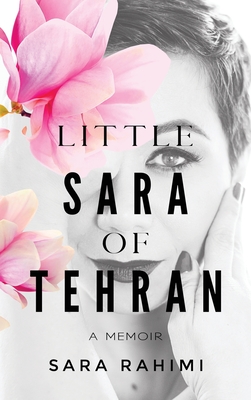 When Sara Rahimi was a teenager living in Iran's capital, she dreamed of a life where she could do or be whatever she wanted to. She longed to become like Oprah and Ellen: free, powerful, and inspiring. Instead, she lived in an atmosphere characterized by fear and terror - one where Morality Police monitored her every move, and gendered cultural norms determined her life's path. She once begged a male friend to jump out of her family's second story window in order to avoid harsh punishment from the police for an unauthorized co-ed after-school hang-out.

Flash forward to today, and Sara lives in a new country and finds herself voluntarily jumping-- out of a plane rather than a building. From skydiving to a career change, Sara has finally become everything she's ever dreamed of in her new homeland in Canada. Still, Sara can't shake the feeling that she does not fully belong in her new world and that something is missing.

﻿In Little Sara of Tehran, she learns to overcome her past, and move forward by trusting her instincts, following her gut, and transforming her deepest grief into her life's greatest purpose.