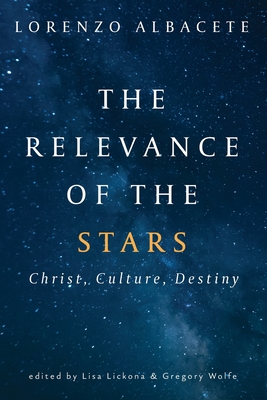 From popes to television personalities to high school students, everyone who encountered Monsignor Lorenzo Albacete knew there was no one like him. He could engage you with a joke about a New Yorker cartoon, move on to a keen commentary on the state of the culture, and finish off with a meditation on the Gospel of John. In his talks and essays, Albacete made profound theological and philosophical insights accessible without ever losing their depth and breadth.

But with the exception of a single book published in his lifetime, much of Albacete's wisdom has been scattered and hard to find. The Relevance of the Stars fills this vacuum. With his characteristic wit and ease, Albacete engages the thorniest questions-the relation of faith and reason, the problem of modernity, the possibility of a Christian culture-as they play out in science and politics, money and love, law and finance. He speaks to families, youth, and his friends in the media.

The New Yorker cartoons feature here, of course, alongside Dostoevsky, Flannery O'Connor, and Elie Wiesel. Albacete masterfully engages the thought of John Paul II, Benedict XVI, and Father Luigi Giussani, the founder of the international lay movement Communion and Liberation, whose passion for the infinite Albacete made his own.