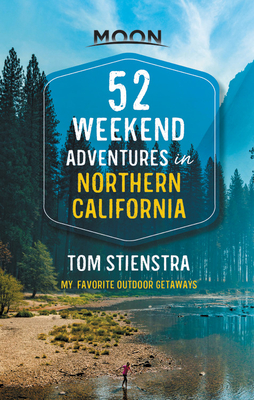 For over 30 years, Tom Stienstra's full-time job has been to capture and communicate the outdoor experience. This has led him across California - fishing, hiking, camping, boating, biking, and flying - searching for the best of the outdoors and then writing about it.

Tom is the nation's top-selling author of outdoors guidebooks. His documentary on the Tuolumne River received an Emmy in 2017. He has been inducted into the California Outdoor Hall of Fame and has twice been awarded National Outdoor Writer of the Year, newspaper division, by the Outdoor Writers Association of America. He has also been named California Outdoor Writer of the Year five times. Tom is the outdoors columnist for the San Francisco Chronicle; his articles appear on sfgate.com and in newspapers around the country. He also broadcasts a weekly radio show on KCBS-San Francisco.

"If you’ve ever hiked, camped, backpacked, fished or in any way outdoor-recreated in Northern California, it’s almost guaranteed you’ve garnered guidance from Tom Stienstra. In his four decades as The San Francisco Chronicle’s outdoors writer, Steinstra’s newspaper columns, guidebooks and appearances on television and radio have made him the Yoda of the California outdoors. He’s been everywhere and he knows everything."