Regret Me Not (Paperback) 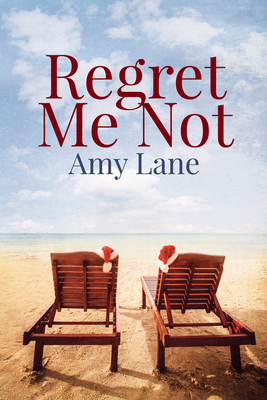 Regret Me Not (Paperback)


Not On Our Shelves—Ships in 1-5 Days
(This book cannot be returned.)
Pierce Atwater used to think he was a knight in shining armor, but then his life fell to crap. Now he has no job, no wife, no life—and is so full of self-pity he can’t even be decent to the one family member he’s still speaking to. He heads for Florida, where he’s got a month to pull his head out of his ass before he ruins his little sister’s Christmas.  Harold Justice Lombard the Fifth is at his own crossroads—he can keep being Hal, massage therapist in training, flamboyant and irrepressible to the bones, or he can let his parents rule his life. Hal takes one look at Pierce and decides they’re fellow unicorns out to make the world a better place. Pierce can’t reject Hal’s overtures of friendship, in spite of his misgivings about being too old and too pissed off to make a good friend.  As they experience everything from existential Looney Tunes to eternal trips to Target, Pierce becomes more dependent on Hal’s optimism to get him through the day. When Hal starts getting him through the nights too, Pierce must look inside for the knight he used to be—before Christmas becomes a doomsday deadline of heartbreak instead of a celebration of love.