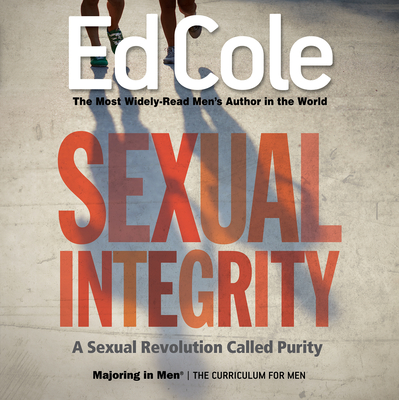 
Not On Our Shelves—Ships in 1-5 Days
Understand today why God created you to be sexual and discover the pleasure of honoring your most precious gift God made sex good Sex is to be valued and respected. You have one thing that you can give one time to only one person in one lifetime. Possibly the most unusual and the most important book about sex you will ever read. Sexual Integrity Workbook addresses sexuality with powerful insight. Refreshing wisdom for every sexual question or issue you have.
Dr. Edwin Louis Cole (1922-2002), known as "the father of the Christian men's movement," was called by God to speak with a prophetic voice to the men of this generation. To that end, he founded the Christian Men's Network, a ministry that continues to strengthen men by reaching thousands each month with the reality that manhood and Christlikeness are synonymous. As a pastor, evangelist, missionary, business executive, and denominational leader, Dr. Cole, together with his late wife, Nancy, served the Lord in ministry for more than fifty years until his death in 2002. Over four million copies of his books are in circulation today in more than forty languages, and his work and vision are still carried on by his "sons" in the faith--godly men who were touched by Dr. Cole's ministry.