Vigano Vs the Vatican (Paperback) 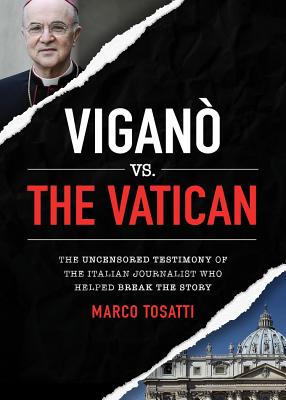 Vigano Vs the Vatican (Paperback)

In an explosive August 2018 document, Archbishop Carlo Maria Vigan implicated many Catholic bishops "" and Pope Francis himself "" in a decades-long cover-up of the sexual crimes of the now-disgraced serial predator, former cardinal Theodore McCarrick, long the most powerful figure in the American Church.

Shocking faithful Catholics worldwide, Pope Francis refused to deny the accusations that Archbishop Vigan made against him in that ten-page document.

Stunned himself, Marco Tosatti, the Italian journalist who first broke the story of the cover-up, here recounts the whole sordid tale. In this alarming report, you will learn of McCarrick's long-time abuses of seminarians and young priests, his inexplicable promotions to the highest ranks in the Church (despite widespread knowledge of his crimes), and the scandalous cover-up that has traumatized the Catholic world and continues to this day.