God Loves You: Some Restrictions May Apply (And Many Other Christian Dilemmas) (Paperback) 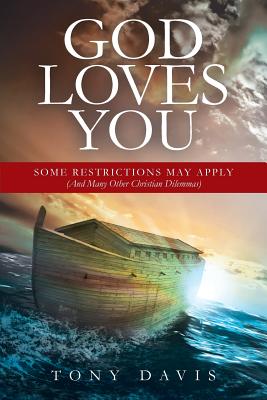 God Loves You: Some Restrictions May Apply (And Many Other Christian Dilemmas) (Paperback)

God Loves You: Some Restrictions May Apply (and Many Other Christian Dilemmas) is written by a fairly well-educated, extensively travelled former Southern Baptist Bible Banger (SB3), professional layman, retired military intelligence officer, and keen observer of the human condition who happens to be fascinated with what we believe, why, and the effects of those beliefs on society. This is an appeal to honesty in the terms of epistemological disquisition, a critical analysis of the major truth claims of religion (especially Christianity), apologetic justifications, and foundational documents. Written from 2008 until 2018, parts of this book were written on four continents, in twenty-five countries, including an active combat zone (so forget the lie about no atheists in foxholes), and a number of the United States. The book's focus is religion, but the implications are applicable to all dogmatic belief systems. The emphasis on religion is because it is perhaps the most pervasive and sublime crystallization of systematic dogmatic thinking in the human condition. This book is not intended for a single audience but for several. It is to serve as a reference work for unbelievers who simply don't know how to articulate their unbelief. It is a position statement of why the author no longer believes. For those who are on the fence and might need a source against which to evaluate their own questions it may be helpful. And finally, it is for the devoutly religious for two reasons, to explain why not everyone agrees with them, and to appeal for them to at least be honest when articulating their own beliefs.