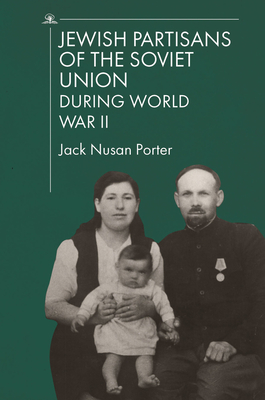 
Not On Our Shelves—Ships in 1-5 Days
Jewish Partisans of the Soviet Union is a classic compilation of original Russian and Jewish sources on the anti-Nazi resistance in Eastern Europe. It is rooted in decades of research motivated by a desire to set the record straight on Jewish participation in resistance movements, a phenomenon often overlooked when not actively concealed. As the son of Jewish partisans in Nazi-occupied Eastern Europe, Jack Porter presents here the result of his decades-long research: first-hand accounts and interviews with survivors and partisans, as well as some of their original work, and a seminal English translation of Partisan Brotherhood, a historical document gathered by Russian-Jewish intellectuals in 1948 at the height of anti-Semitic hysteria, written mainly by non-Jewish Soviet partisan commanders recounting the deeds of the Jewish fighters in their units.

Yehuda Merin was an administrator at the Tel Hashomer (Sheba) Hospital in Ramat Gan, Israel and a leader in the world-wide Volynhian Landsmanshaft, the World Union of Volynhian Jews in Israel and at Beit Volyn, their museum in Givatayim, Israel, a part of Yad Vashem. He died in 2010 at age 85.