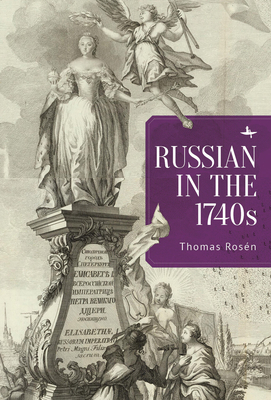 
Not On Our Shelves—Ships in 1-5 Days
During the 1740s, literate Russians mostly kept to traditional forms of written language. Although the linguistic reforms undertaken by Peter the Great earlier in the century affected printed secular texts and the imperial administration, these reforms were less radical than often assumed. This study draws conclusions based on an analysis that differs from earlier ones. First of all, the study examines the Russian language during a comparatively little-known decade of the eighteenth century. In doing so, it takes into account not only strictly linguistic data, but also developments in Russian society. Second, the investigation analyzes sources that are seldom valued for their linguistic content, thus offering a broader perspective on the Russian language of the period.