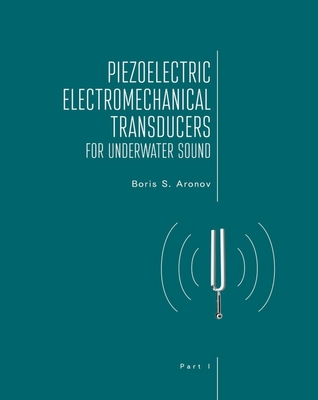 The book presents a broad-scope analysis of piezoelectric electromechanical transducers and the related aspects of practical transducer design for underwater applications. It uses an energy method for analyzing transducer problems that provides the physical insight important for the understanding of electromechanical devices. Application of the method is first illustrated with transducer examples that can be modeled as systems with a single degree of freedom, (such as spheres, short cylinders, bars and flexural disks and plates made of piezoelectric ceramics). Thereupon, transducers are modeled as devices with multiple degrees of freedom. In all these cases, results of modeling are presented in the form of equivalent electromechanical circuits convenient for the calculation of the transducers' operational characteristics. Special focus is made on the effects of coupled vibrations in mechanical systems on transducer performance. The book also provides extensive coverage of acoustic radiation including acoustic interaction between the transducers. The book is inherently multidisciplinary. It provides essential background regarding the vibration of elastic passive and piezoelectric bodies, piezoelectricity, acoustic radiation, and transducer characterization. Scientists and engineers working in the field of electroacoustics and those involved in education in the field will find this material useful not only for underwater acoustics, but also for electromechanics, energy conversion and medical ultrasonics.

Part I contains an introduction to the energy method illustrated with examples of one degree of freedom transducers. It is self-sufficient and can be read independently.

Boris S. Aronov received a Master of Sciences in Electroacoustics from the Electrotechnical Institute (LETI) in Leningrad (St. Petersburg, Russia) in 1954 and a Master of Sciences degree in Mathematics from Leningrad State University in 1955. In 1962 he defended a PhD dissertation at the Electrotechnical Institute and in 1973 received a Doctor of Sciences degree in Electroacoustics from the Acoustical Institute of the Russian Academy of Sciences. Dr. Aronov has dedicated more than forty years to the research, design, and implementation of the sonar transducers at Marine Physical Equipment Institute (Morphyspribor) in St. Petersburg, Russia. After immigrating with his family to the United States, he has worked for more than twenty years with BTech Acoustics in Fall River, MA, and has occupied the post of Adjunct Research Professor at the University of Massachusetts-Dartmouth. Dr. Aronov is the author of numerous papers published in the Soviet Journal of Physical Acoustics and in The Journal of Acoustical Society of America. His first book, Electromechanical Piezoelectric Ceramic Transducers was published in Russia in 1990 and translated into English in 2008. Dr. Aronov is a member of the Acoustical Society of America.