Talking Zen: Reflections on Mind, Myth, and the Magic of Life (Paperback) 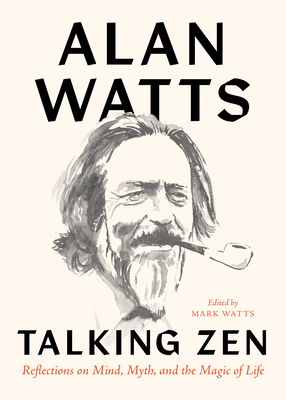 Talking Zen: Reflections on Mind, Myth, and the Magic of Life (Paperback)


On Our Shelves Now at:
Insightful and entertaining essays spanning 40 years of lectures by Alan Watts on Zen, Taoism, psychedelics, and comparative philosophy.

Alan Watts's essays and talks range widely through psychology, art, religion, and politics, but always come home to the Zen core. For those familiar with Alan Watts’s style of presentation, the wonderful, memorable, and prophetic style of his voice is captured in this volume. Talking Zen puts on display Watts’s ability to explore the very subtle philosophies, those common across traditions and those unique to Zen, in ordinary and accessible language. These lectures paved the way for the rise of Zen in the West.
ALAN WATTS (1915–1973) was a renowned lecturer and the author of nearly thirty books, including The Way of Zen and The Book.