Final Fantasy XIV: Endwalker -- The Art of Resurrection -Among the Stars- (Paperback) 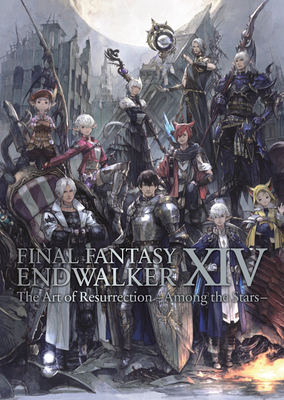 Final Fantasy XIV: Endwalker -- The Art of Resurrection -Among the Stars- (Paperback)


Not On Our Shelves—Ships in 1-5 Days
The official art book for Final Fantasy XIV: Endwalker, presenting hundreds of pages of full-color art and an exclusive bonus item code! (NOTE: E-book edition does not include bonus item code.)

This deluxe volume showcases artwork created during the development of the global hit game, featuring illustrations of the new jobs sage and reaper, new locations such as Old Sharlayan and Radz-at-Han, dungeons, trials, equipment, and more. Offering concept art, reference images, and messages from the artists, The Art of Resurrection –Among the Stars– commemorates the thrilling conclusion to the tale of Hydaelyn and Zodiark.

The eighth volume in the line of Final Fantasy XIV official art books.