Bible Study For Those Who Don't Read The Bible (Paperback) 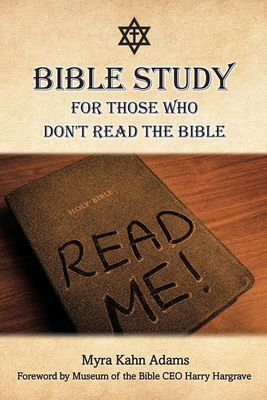 Bible Study For Those Who Don't Read The Bible (Paperback)

Author Myra Kahn Adams' popular, ongoing, weekly Sunday Bible study on Townhall.com has been compiled into a book as requested by Townhall readers.

"Bible Study For Those Who Don't Read The Bible" offers 56 "quick, compelling" Bible studies. Adams assumes no background knowledge of Scripture, and each study stands alone, so readers can sample whichever topics interest them.

Adams says her Bible studies are "for people like young Myra who thought Palm Sunday was about glorifying palm trees and Good Friday was a Friday in spring that was 'good.'"

Myra Kahn Adams is a media producer and conservative political and religious writer with numerous credits on national sites such as RealClearPolitics, Townhall, The Hill, and National Review. Myra is also executive director of SignFromGod.org, a ministry dedicated to educating people about the Shroud of Turin.