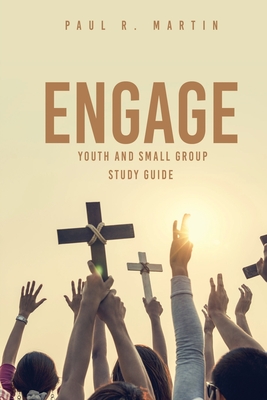 
Not On Our Shelves—Ships in 1-5 Days
(This book cannot be returned.)
ENGAGE ENGAGE is a unique perspective of training to be Christian "First Responders" to a hurting world. It builds confidence in new believers to engage or participate in dialogue about their faith and putting it into practice. This book is great for youth programs, small groups, and retreats to allow the Lord to build godly relationships by engaging with each other. It challenges people to be mature in the Lord and be disciples for Jesus. Saving lives on a physical level is moving... saving lives on a spiritual level is everlasting. This book describes a first responder's duty and engages the reader to a Higher Level of DUTY... Henry "Jay" Szczypiorski, Los Angeles Fire Fighter, Founder of Cast A Shadow www.castashadow.org Paul R. Martin graduated from California State University, Sacramento, in Social Science. He worked as a Deputy Sheriff in Orange County, California, for 21 years in the cities of Santa Ana, San Juan Capistrano, and Dana Point. During this time, he worked in a maximum-security jail facility, patrol, and was a school resource officer. After retiring from OCSD, he worked as a Mohave County Probation Officer (Arizona), for two years. Following his law enforcement career, he was a teacher for a private Christian school and taught junior high school. He then substituted public school grades K-12. Paul created a police board game called Cop's Corner and founded a religious nonprofit organization called ptsd2health. He is currently practicing as a Christian Pastoral Counselor. If you wish to contact Paul, do so at P.O. Box 6808 Kingman, Arizona 86402 or Copscorner1049@gmail.com.