The Hexagon of Heresy (Paperback) 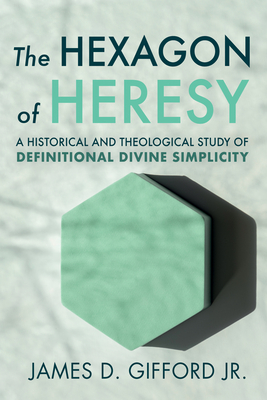 The Hexagon of Heresy (Paperback)


Not On Our Shelves—Ships in 1-5 Days
Have you ever wondered how we got here? Have you ever wondered how Western civilization arrived at the brink of suicide? How did a thoroughly Christian culture give rise to the very ideas that seek to kill it? Constantinople was conquered by the Ottoman Turks. Western civilization has never been conquered from without; it is being conquered from within. How do philosophies like deism, fatalism, Marxism, atheism, and secular humanism arise from within the confines of the Christian theological culture that is Western civilization? Also, why are there always exactly two sides to every fundamental disagreement? Why is it either liberal or conservative, sovereignty or freedom, rational or volitional, meticulous order or complete chaos, Catholic or Protestant, Lutheran or Reformed, God or humanity, the one or the many? Why is there never a third option, or even an option that can bypass the dichotomy? This book attempts to provide a framework that seeks to begin answering some of those questions. The answer may be something very ancient and almost forgotten in today's world. Theological decisions were made long ago that planted the seeds for the destruction of both church and civilization. What are they? Read and find out.
James D. Gifford Jr. is an assistant professor in the Rawlings School of Divinity at Liberty University. He is the author of Perichoretic Salvation: Union with Christ as a Third Type of Perichoresis (2011).