The Juror Rejudges The Trial: The Juror and the General 35 years later (the Westmoreland vs CBS trial #2) (Paperback) 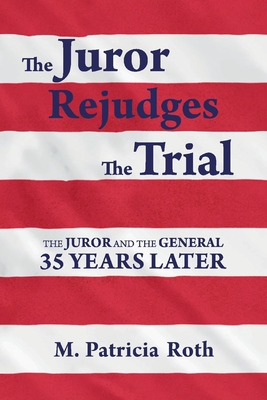 The Juror Rejudges The Trial: The Juror and the General 35 years later (the Westmoreland vs CBS trial #2) (Paperback)


Not On Our Shelves—Ships in 1-5 Days
In 1985, author M Patricia Roth shared interesting comments and witness descriptions on the CBS-Westmoreland trial after serving as a member of the jury. The product was the publication of her book, "'The Juror and the General". Now, decades later, she revisits the trial in this highly anticipated edition. In addition to covering the complexities of the legal battle, Roth also elaborates on the intricacies of life as a juror after the trial's conclusion.

Time changes everything. It changes how we think, act, and even our beliefs. After sitting on that trial and pondering every little detail about witnesses, statements, and the complexities of legality, Roth was inspired to change her career and focus on her writing. Was she naïve at the time of the trial? It's possible. But she has grown and changed – so much is different, but so much is exactly the same. A must-read for law students, Vietnam veterans, and anyone with experience serving in a jury, this is a story about how decisions are made and how intelligence is gathered. This is a story about history and how it repeats itself and the danger of the written word.
Pat Roth's busy suburban life was upended from October 1984 to February 1985 while she served as a juror in the Westmoreland libel case against CBS. Roth's diary, the source for this book, gives insight into the issues in which the trial was grounded: truth in news reporting and the veracity of Army counts of the enemy during Westmoreland's Vietnam command years. Roth's observations focus on such human factors as her struggle to avoid discussing the newsworthy case, her efforts to maintain her personal life, and her frustration in trying to educate herself about Vietnam. Decades later, she revisits the trail in this new publication after much demand from readers.Richard Kelley was an editor who was instrumental in the re-visiting of this legal case. Prior to his death, he assisted M Patricia Roth in the writing and revision of this book.