From Slavery to Freedom (Paperback) 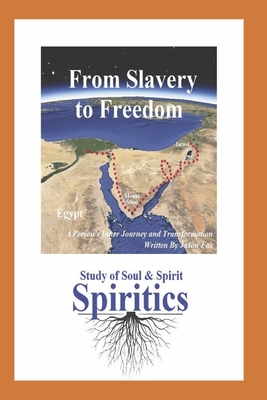 From Slavery to Freedom (Paperback)


Not On Our Shelves—Ships in 1-5 Days
"FStF: From Slavery to Freedom" invites readers on an uplifting journey of transcendence, focusing on the teachings of how to turn the undesirable conditions of life into positive ones. Reach spiritual omniscience, omnipresence, and omnipotence by freeing oneself from the enslavement of negative desires, thoughts, emotions, and behaviors. Now more than ever do the temptations of the modern world seep into the minds of the unsuspecting, and it is only through the recognition of these issues can one experience true transcendence and meaningful healing.

"FStF" preaches the steps necessary to discharge negative desires, thoughts, emotions, and behaviors. It is possible to stop the perpetual anguish of the galloping bull from charging at your prefrontal cortex, bringing it with it your negative feedback loops. Stopping the production of perpetually detrimental desires such as greed, pride, envy, and wrath is wholly important, and the sooner one stops the mental bullying, the sooner they'll be able to breathe. Negative thoughts which arise from past mistakes, or the mistakes of others, can leave lasting effects, but reconciliation can be achieved through the meditative processes found within the book.

Spiritic's "FStF" also came across new discoveries. FStF contains Spiritual Technology of truly transforming egoistic and selfish desires that are causing perpetual anguish using U.C.G.R. This book reveals discoveries equal to, if not greater than, the discovery of gravity and electromagnetism, such as: the 4 spiritual forces of Spiritics (ASES), 3 major levels of life, & 7 I's to solve any problem.

FStF enables the three main abilities of spiritual understanding. (1) Omnisciency, knowing all the rules in the game of life. (2) Omnipresency, gaining the ability of feeling them everywhere you are and the potential to follow them all throughout one's daily routines. (3) Omnipotency, gaining the power to follow all the rules of the game throughout one's daily routines by responding appropriately as a creator of goodness and positivity. Now, a person is no longer a thing but a creator of things, becoming a cause and not an effect.


"FStF" contains roughly 140,000 words and is composed of 519 pages, containing 125 short books. All the works of Spiritics are contained in this hardcover book, and it is their belief that 95% of one's problems can be solved by reading this book. Gain total perception of the concealed reality and clean the soul of impurities, remove defilements or disintegrations, and learn to avoid future trespasses and transgressions. It is also possible to gain relief from past trauma and grief, learn to forgive, release and avoid holding grudges, and refrain from taking revenge. FStF teaches that justice is about harmony not revenge.
In 2007, at the age of 22 Jason Fox received his first Bible as a gift from his father and embarked on a journey towards spiritual enlightenment. 15 years later a book was written filled with revelations received over the past decade and a half revealing the secrets of the universe gained. Those secrets can be found in his book "FStF: From Slavery to Freedom."