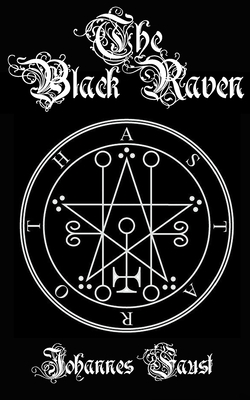 
Not On Our Shelves—Ships in 1-5 Days
(This book cannot be returned.)
Black Magic, Demon Summoning spells and more, The Black Raven is a book of Infernal Power and demonology from one of the most infamous sorcerers of all time. According to legend, Doctor Faust was a German Scholar who became bored and depressed with his life, after trying to kill himself he decides to sell his soul to the Devil for the knowledge of magick and alchemy. He enjoyed 25 years of great knowledge, renown, and power. At the end of the 25 years Johannes Faust was found dismembered in his room, torn apart with blood all over the walls and floor.

The Legend of Faust has lived on and has even been incorporated in theater but The Black Raven, also known as The Threefold Coercion of Hell, is a book that has nearly been lost through the years and I am now presenting it in its entirety with a short forward from me. -Brittany Nightshade.