The Physics and Mathematics of MRI (Iop Concise Physics) (Paperback) 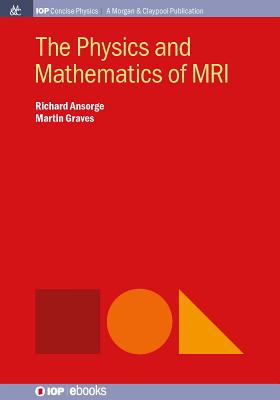 The Physics and Mathematics of MRI (Iop Concise Physics) (Paperback)


Not On Our Shelves—Ships in 1-5 Days
Magnetic Resonance Imaging is a very important clinical imaging tool. It combines different fields of physics and engineering in a uniquely complex way. MRI is also surprisingly versatile, 'pulse sequences' can be designed to yield many different types of contrast. This versatility is unique to MRI. This short book gives both an in depth account of the methods used for the operation and construction of modern MRI systems and also the principles of sequence design and many examples of applications. An important additional feature of this book is the detailed discussion of the mathematical principles used in building optimal MRI systems and for sequence design. The mathematical discussion is very suitable for undergraduates attending medical physics courses. It is also more complete than usually found in alternative books for physical scientists or more clinically orientated works.
Richard Ansorge is a retired senior lecturer at the Cavendish Laboratory Cambridge and a former fellow and tutor of Fitzwilliam College Cambridge. He has extensive experience of experimental high energy physics, including significant contributions to the CERN UA5 experiment on the proton-antiproton collider in the 1980s. More recently he has collaborated with research groups on the Cambridge Biomedical campus in several areas including improving 3D medical imaging methods including MRI and PET. He is author of more than 100 scientific publications in these fields. He is particularly interested in applying computers for processing data from complex instrumentation. This has applications which are equally relevant in both high energy physics and medical imaging. He wrote his first computer program in 1964 for EDSAC2 and has been coding ever since. Much more recently he has developed code for 3D medical image registration using GPUs which are probably 1010 times more powerful than EDSAC.He has extensive undergraduate teaching experience and has taught both physics and mathematics in the first year of the Cambridge Natural Sciences Tripos and also more specialised courses in later years. He has also given several popular outreach lectures on Medical Imaging.He is a Fellow of the Institute of Physics and a member of the IEEE.