Tesla: All My Dreams Are True (Paperback) 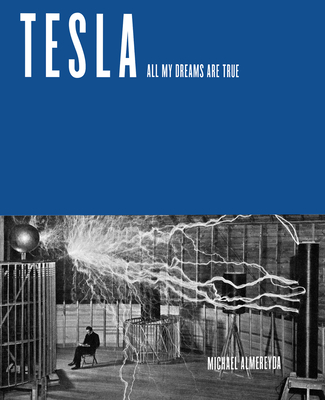 Tesla: All My Dreams Are True (Paperback)

Tesla jolts and flows between the extraordinary life of the inventor Nikola Tesla, the making of a feature film about him by the celebrated director Michael Almereyda, and episodes from the filmmaker's own restless, quixotic career.

In these pages, we encounter Tesla's colleagues and friends intermingling with Almereyda's collaborators and influences: Thomas Edison and David Lynch, Mark Twain and Sam Shepard, Sarah Bernhardt and Ethan Hawke, J.P. Morgan and Orson Welles. A rich array of illustrations - vintage and personal photographs, film stills, drawings and comic-book art - enhance the sense of time travel and parallel histories, as we read of a scheme to transmit wireless energy through the earth, of the electrocution of an elephant, of fortunes made and surrendered, and of the obsessions that propel a scientist seeking to transform the world and a director seeking to make a movie.