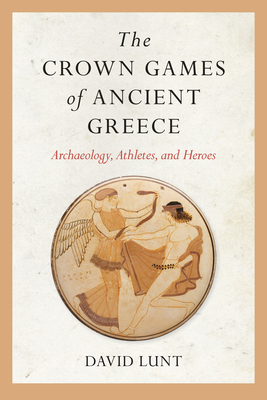 The Crown Games were the apex of competition in ancient Greece. Along with prestigious athletic contests in honor of Zeus at Olympia, they comprised the Pythian Games for Apollo at Delphi, the Isthmian Games for Poseidon, and the Nemean Games, sacred to Zeus. For over nine hundred years, the Greeks celebrated these athletic and religious festivals, a rare point of cultural unity amid the fierce regional independence of the numerous Greek city-states and kingdoms.

The Crown Games of Ancient Greece examines these festivals in the context of the ancient Greek world, a vast and sprawling cultural region that stretched from modern Spain to the Black Sea and North Africa. Illuminating the unique history and features of the celebrations, David Lunt delves into the development of the contest sites as sanctuaries and the Panhellenic competitions that gave them their distinctive character. While literary sources have long been the mainstay for understanding the evolution of the Crown Games and ancient Greek athletics, archaeological excavations have significantly augmented contemporary understandings of the events. Drawing on this research, Lunt brings deeper context to these gatherings, which were not only athletics competitions but also occasions for musical contests, dramatic performances, religious ceremonies, and diplomatic summits—as well as raucous partying. Taken as a circuit, the Crown Games offer a more nuanced view of ancient Greek culture than do the well-known Olympian Games on their own. With this comprehensive examination of the Crown Games, Lunt provides a new perspective on how the ancient Greeks competed and collaborated both as individuals and as city-states.

David Lunt is associate professor of history at Southern Utah University, where he teaches ancient history and conducts research on the role of sports in society. His scholarship on ancient athletics has appeared in numerous publications, including the Journal of Olympic Studies, the Journal of Sport History, and The Bloomsbury Companion to the Philosophy of Sport.
“David Lunt has written a comprehensive introduction to the four major sport games in antiquity. Lunt combines archeological, religious, epigraphic, and literary sources and contemporizes them to the American context. A great compendium that expounds the history of discoveries and opens up new possibilities for research.”
—Reyes Bertolín Cebrián, author of The Athlete in the Ancient Greek World