Light and Leaven: The Challeng (Paperback) 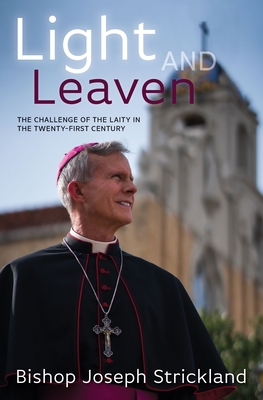 Light and Leaven: The Challeng (Paperback)


Not On Our Shelves—Ships in 1-5 Days
Joseph E. Strickland is bishop of Tyler, Texas. Ordained in 1985, he was assigned to Immaculate Conception Parish in Tyler and served as parochial vicar until 1989. He was named the first vocation director for the diocese in 1987. Strickland completed his canonical studies with a licentiate in canon law in 1994 and was reappointed as rector of the Cathedral of the Immaculate Conception in Tyler. He was appointed judicial vicar for the Diocese of Tyler in 1995, and the following year Pope John Paul II bestowed on him the title of Monsignor. On September 29, 2012, Pope Benedict XVI appointed Msgr. Strickland the fourth bishop of Tyler.