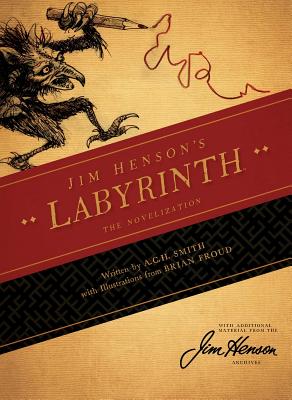 The official novelization of Jim Henson’s cult classic film along with a behind-the-scenes look at the film’s conception from the Jim Henson Archives.

Sarah has thirteen hours to save her brother from a land where everything seems possible and nothing is what it seems.

Experience the beloved fantasy classic Labyrinth adapted by A.C.H. Smith and personally overseen by Jim Henson. Featuring twenty previously unpublished illustrations by legendary illustrator and concept artist Brian Froud and an exclusive peek into Jim Henson’s creative process with fifty never-before-seen pages from his personal journal, detailing the initial conception of his ideas for Labyrinth.
Jim Henson was an American puppeteer, animator, cartoonist, voice actor, inventor, filmmaker, and screenwriter who achieved worldwide notice as the creator of The Muppets, The Storyteller, The Dark Crystal, Labyrinth, and Fraggle Rock.