The Unexpected Dante: Perspectives on the Divine Comedy (Paperback) 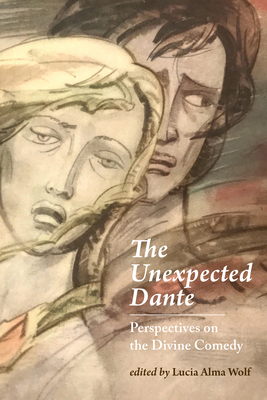 The Unexpected Dante: Perspectives on the Divine Comedy (Paperback)


Special Order—Subject to Availability
Dante Alighieri’s long poem The Divine Comedy has been one of the foundational texts of European literature for over 700 years. Yet many mysteries still remain about the symbolism of this richly layered literary work, which has been interpreted in many different ways over the centuries.

The Unexpected Dante brings together five leading scholars who offer fresh perspectives on the meanings and reception of The Divine Comedy. Some investigate Dante’s intentions by exploring the poem’s esoteric allusions to topics ranging from musical instruments to Roman law. Others examine the poem’s long afterlife and reception in the United States, with chapters showcasing new discoveries about Nicolaus de Laurentii’s 1481 edition of Commedia and the creative contemporary adaptations that have relocated Dante’s visions of heaven and hell to urban American settings.

This study also includes a guide that showcases selected treasures from the extensive Dante collections at the Library of Congress, illustrating the depth and variety of The Divine Comedy’s global influence. The Unexpected Dante is thus a boon to both Dante scholars and aficionados of this literary masterpiece.

Published by Bucknell University Press in association with the Library of Congress. Distributed worldwide by Rutgers University Press.
LUCIA ALMA WOLF is the Italian reference librarian and Italian collections specialist at the Library of Congress in Washington, D.C. She holds a Laurea in letters and philosophy from the University of Rome La Sapienza, where she studied medieval history, as well as a Master of Arts in English literature from George Mason University and a Master of Library and Information Science from the University of Maryland.
"This richly illustrated volume showcases the critical importance of the Library of Congress’s long-term collecting interests in Dante. Five insightful essays by eminent scholars focus on the historical development of the Library’s Dante holdings and various aspects of the Divine Comedy: the emblematic nature of musical instruments, the thorny question of Cato’s unusual presence in Purgatory, Sandow Birk’s thought-provoking illustrations, and the fortunes of the first illustrated edition of the Comedy (Florence, 1481). A useful annotated bibliography of selected Danteana in the LC collection closes this invaluable contribution."
— Christopher Kleinhenz

"The Unexpected Dante is an impressive, finely produced volume worthy of the poet's 700th anniversary. In addition to its highly informative introduction and essays, its splendid display of illustrations, manuscript images, and artworks bring Dante and the editorial history of his poem alive before our eyes."
— Robert Pogue Harrison