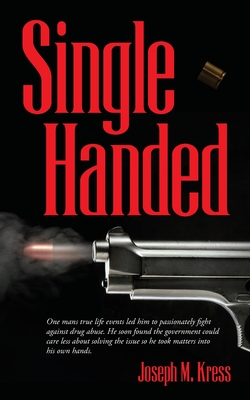 Drug addiction has been a growing problem in America for decades, yet the U.S. boasts one of the most successful drug awareness programs ever developed. How can the crisis be this dire? What retired lieutenant and police detective Joseph M. Kress discovered over the course of his career will leave you stunned. After his brother was killed, Joseph was compelled to action and wanted to join the police force to help solve America's drug problem. What he witnessed was anything but a battle. Instead, he saw mismanagement and apathy from elected officials purporting to be waging war on drugs. Joseph resolved to take the matter into his own hands. Single Handed is a harrowing and deeply moving account of one man's fight against drug abuse.