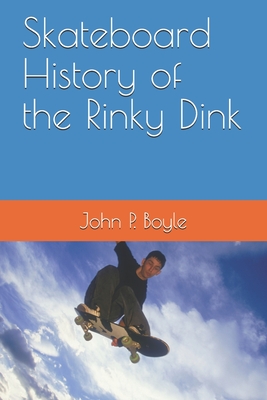 
Not On Our Shelves—Ships in 1-5 Days
(This book cannot be returned.)
This is the story of how the Rinky Dink skateboard evolved in the early 1960's and how it was instrumental in seeding the thrill of skateboarding throughout the United States. Skateboard historians concentrate their research on southern California where they were first developed, but provide little information about how it became a skating sensation throughout the entire United States and other countries. Many say it happened spontaneously, but are unaware of the entrepreneurial efforts of individuals who first manufactured and sold skateboards in other U.S. locations. During the early 1960's, sales resistance was strong in major cities where no one had seen a skateboard or witnessed a youngster speeding along a sidewalk on a board with roller skate wheels. The author manufactured and sold over a million Rinky Dink skateboards, but in 1961 was laughed out of buying offices with statements like, " no one in their right mind would attempt to skate on a contraption like this" or "it looks like a good way to break every bone in your body. Thanks, but no thanks." The authors first skateboard ads appeared in Specialty Salesman magazine in early 1962. It reached a national audience of over a quarter million salesmen and resulted in sales of skateboards throughout the entire United States. First skateboards like the Scooterbug and Rinky Dink were the forerunners that belonged to the early development period of a fully developed skateboard phenomenon and were instrumental in creating today's skateboard sport.