The Sorceress: Or, Satanism and Witchcraft (La Sorcière) (Paperback) 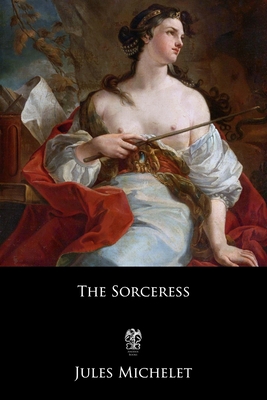 The Sorceress: Or, Satanism and Witchcraft (La Sorcière) (Paperback)


Special Order—Subject to Availability
(This book cannot be returned.)
The Sorceress, (Or, Satanism and Witchcraft) (French: La Sorci re), by French historian Jules Michelet, was originally published in French in 1862, and English in 1939, as translated by Alfred Richard Allinson. The work is one of the first attempts to create a sociological explanation of the phenomenon of the witch trials. Michelet interprets the source material quite literally, and presents a proto-Marxist explanation for the trials. Seeing the witch cult as a primal rebellion against conventional society and religion of the time. One of many heretical movements squashed by the Church. Michelet also saw that as time went by the cult became institutionalized, leading to unspoken toleration in some areas. Portraying the figure of the lone sorceress as a pioneer of natural magic, later to become the fields of medicine and science. Michelet also analyzes the possession of nuns in the 17th century, which he believes to have been staged managed by sadistic male clerics.