The Bahá'í Faith and Aliens: The Evidence Revealed (Paperback) 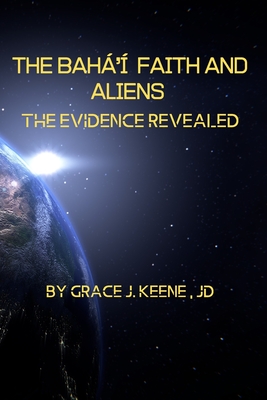 The Bahá'í Faith and Aliens: The Evidence Revealed (Paperback)


Not On Our Shelves—Ships in 1-5 Days
(This book cannot be returned.)
"Know thou that every fixed star hath its own planets, and every planet its own creatures, whose number no man can compute." - Bah 'u'll h, Founder of the Bah ' Faith. According to the world religion, the Bah ' Faith, the universe is teeming with life. The Bah ' Faith, a new and rapidly growing world religion, anticipates that humanity will discover that life exists on every planet that orbits a star in the universe. The world's scientific organizations are now attempting to discovering life on other planets and have allocated resources to search for clues. Audiences for popular documentary series on extraterrestrials have grown and spread like wildfire. These shows, books, and magazines have meticulously documented the many clues for finding extraterrestrial life. There is much evidence on nearby planets and Earth. Furthermore, there is an astonishing amount of evidence for alien-human contact on Earth throughout history. These facts cannot be ignored any longer. Now, for the first time, Bah ' Faith unveils a new paradigm: That humanity and the universe are all One. These alien beings have religions that proceed from the same God that Earth's religions do, showing that humanity, Earth, and the cosmos are all One and all worship one Creator: God. This book will change the reader's view of the world as it imparts the great love the Bah ' Faith teaches for humanity, God, and the cosmos as humanity enters a New Age of peace, prosperity, and possible alien contact.