The Gospel of Nicodemus and Christ's Descent into Hell: with footnotes and Latin text (Paperback) 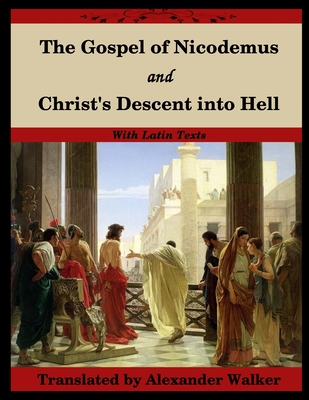 The Gospel of Nicodemus and Christ's Descent into Hell: with footnotes and Latin text (Paperback)


Not On Our Shelves—Ships in 1-5 Days
(This book cannot be returned.)
The Gospel of Nicodemus, otherwise known as the Acts of Pilate (Acta Pilati) is not assumed to have written by Pilate, but rather to have been compiled from the official acts which were preserved in the praetorium at Jerusalem. The original is said to have been written by Nicodemus in Hebrew. The work gained a wide readership in the Middle Ages, with its popularity shown by the number of languages and versions in which it exists. Currently, there are known copies in Greek, Coptic, Armenian and Latin. These Acts are composed of three sections. The first section relates to the trial of Jesus and is similar to Luke 23. The second part regards the Resurrection. Then in the third part, Christ's Descent into Hell (Descensus ad Infernos), for which there is no known Greek text. In it, Leucius and Charinus, two souls who are raised from the dead after the Crucifixion tell the Sanhedrin the circumstances of the descent of Christ into Limbo. This short book gives the full Acts of Pilate along with footnotes to referring Bible passages and includes the Latin text of "Descensus ad Infernos" as an appendix. The source text for this work is "Apocryphal Gospels, Acts, and Revelations" (1870) by Alexander Walker (1825-1903).