I Really Like Baseball . . .: Thoughts on Sex, Faith, Mysticism, and Social Change (Paperback) 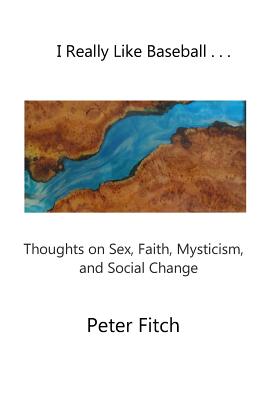 I Really Like Baseball . . .: Thoughts on Sex, Faith, Mysticism, and Social Change (Paperback)


Not On Our Shelves—Ships in 1-5 Days
(This book cannot be returned.)
What do baseball, sex, faith, mysticism, and social change have in common? Perhaps more than you might think . . . This book tells the back-story to Learning to Interpret toward Love: Actually Embracing People of Different Sexuality (in the kind of churches where they haven't been). When Peter Fitch produced that book in 2013, he was quickly surprised by the responses, both positive and negative, that came his way. In this piece of writing he has decided to discuss the nature of decision making as well as his conviction that the Spirit of God flows like a river toward justice and compassion, highlighting groups that deserve greater acceptance in society. He thinks that mystical connection and intuitive nudges can play a role in helping us to see what God would like to do, and propel us forward to try to help in making a better world.
Peter Fitch (D.Min., Fuller) has been teaching at St. Stephen's University in St. Stephen, New Brunswick, Canada, since 1979. He is currently Dean of Ministry Studies, teaching courses in Religious Studies, Philosophy and Postmodern Christianity. He has also taught in college or university programs in the United States, New Zealand, Hong Kong, and the United Kingdom. A major focus in all his academic work has been the history of Christian spirituality. Peter and his wife, Mary Ellen, along with a group of friends, planted St. Croix Vineyard Church in 1992, and they continue to share in pastoral leadership there. They have four grown children: Hannah (married to Will, parents of Sophie, Ari, and Oliver), Noah (married to Cara), Zoe (married to Dave) and Isaac (married to Nancy).