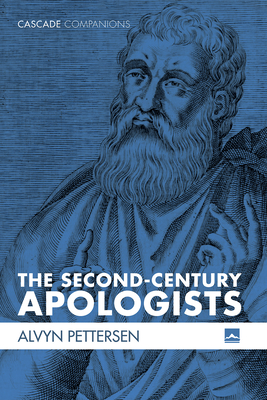 
Not On Our Shelves—Ships in 1-5 Days
""They bring three charges against us: atheism, Thyestean banquets, and Oedipean unions."" So a late second-century Christian Apologist wrote with reference to his critics. Against these and other charges the Apologists rallied. Not so, they maintained. It was not the Christians but their critics who were the atheists and the Christians were the true theists. They were atheists only insofar as they denied the fabricated gods of the cults and the immoral deities of theaters. That, they explained, was why Christians absented themselves, whatever the cost, from the imperial cult, theaters, and amphitheaters. They were not cannibals, as Thyestes was when he ate the flesh of his children. To suggest otherwise was to misunderstand Christians consuming Christ's flesh and blood at the Eucharist. Nor were they imitators of Oedipus, who entered into sexual relations with Jocasta, his Queen and, though he knew it not, also his mother. Christians did exchange the kiss of peace. They did love one another. They were not, however, incestuous. Any promiscuous love on their part extended only to a very practical love of every needy soul. This book explores these arguments, especially noting the Apologists' commitment to God's oneness, to Christians not worshipping anything made, and to humans properly caring for fellow creatures.
Alvyn Pettersen is Canon Theologian Emeritus of Worcester Cathedral, UK. He has written widely in the field of patristics, being the author of Athanasius and the Human Body (1990) and the volume on Athanasius (1995) in the series, Outstanding Christian Thinkers.