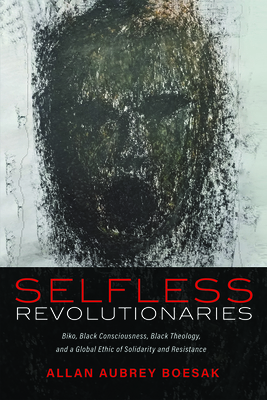 
Not On Our Shelves—Ships in 1-5 Days
At this historic moment of global revolutions for social justice inspired by the Black Lives Matter movement, the philosophy of Black Consciousness has reemerged and gripped the imagination of a new generation, and of the merciless exposure by COVD-19 of the devastating, long-existent fault lines in our societies. Frantz Fanon, James Baldwin, and Steve Biko have been rediscovered and reclaimed. In this powerful book Black liberation theologian and activist Allan Boesak explores the deep connections between Black Consciousness, Black theology, and the struggles against racism, domination, and imperial brutality across the world today. In a careful, meticulous, and sometimes surprising rereading of Steve Biko's classic, I Write What I Like, Boesak reflects on the astounding relevance of Black Consciousness for the current academic debates on decolonization and coloniality, Africanity and imperialism, as well as for the struggles for freedom, justice, and human dignity in the streets. With passion, forthrightness, and inspiring eloquence Boesak brings his considerable political experience and deep theological insight to bear in his argument for a global ethic of solidarity and resistance in the ongoing struggles against empire. Beginning with Biko's ""Where do we go from here?,"" progressing to Baldwin's ""the fire next time,"" and ending with Martin Luther King Jr.'s ""There is no stopping short of victory,"" this is a sobering, hopeful, and inspiring book.
Allan Aubrey Boesak is a South African liberation theologian, global human rights activist, and professor of Black Liberation Ethics at the University of Pretoria. Inducted into the Martin Luther King Jr. International Board of Preachers, he is the award-winning author of several books, including Children of the Waters of Meribah: Black Liberation Theology, the Miriamic Tradition, and the Challenges of 21st Century Empire (2019).