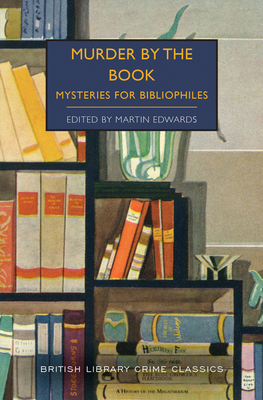 With Martin Edwards as librarian and guide, delve into an irresistible stack of bibliomysteries, where "golden age–inspired puzzle masters [are] doing what they do best: bringing together readers, books, and felonies [in] perhaps the single best collection yet in this blue-chip series (Kirkus, Starred Review)."

There is no better hiding place for clues—or red herrings—than inside the pages of a book. But in this world of resentful ghost writers, indiscreet playwrights, and unscrupulous book collectors, literary prowess is often a prologue to disaster. Readers should be warned that the most riveting tales often conceal the deadliest of secrets.

Featuring much-loved Golden Age detectives Nigel Strangeways, Philip Trent, Detective Chief Inspector Roderick Alleyn, and others, a bookish puzzle threatens an eagerly awaited inheritance; a submission to a publisher recounts a murder that seems increasingly to be a work of nonfiction; an irate novelist puts a grisly end to the source of his writer's block.

"Sixteen reprints from 1933 to 1973 showing golden age–inspired puzzle masters doing what they do best: bringing together readers, books, and felonies...perhaps the single best collection yet in this blue-chip series." — Kirkus Reviews, Starred Review