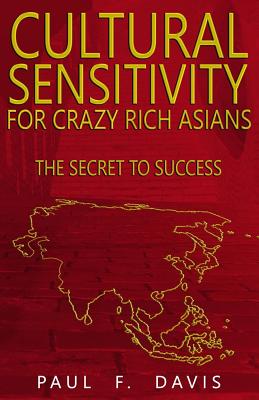 
Not On Our Shelves—Ships in 1-5 Days
(This book cannot be returned.)
Asia is a massive, magnificent and dynamic continent where two-thirds of the world's population in total live and thrive. Learn the greatest success secret of business savvy Asians and how they cross barriers, make meaningful connections with people, and collaborate on profitable and life-changing projects for mutual benefit. Improve your ability to connect with people, transcend conflict and situations to find points of agreement, open big doors of opportunity, unlock and give birth to limitless profitability. Discover why the film "Crazy Rich Asians" has caught a lot of controversy from the Asian community. Eat the fish however and spit out the bones. Capture the essence and connect with the best of Asian culture to be an unstoppable Asian tiger. Paul F. Davis is an "egg" or "an Asian man trapped in a white man's body." Paul has lived and traveled throughout Asia (as well as to 89 nations of the world). Paul is the author of Update Your Identity, College Match & Self-Discovery, Water Security In China, Geostrategy to Protect Environmental Health & Food Security, United States of Arrogance and 50+ books. Paul has earned 4 Master degrees with honors and speaks for the U.S. Military, Companies, Cruise Lines and Universities across the globe. Paul serves as a University and Career Counselor to World Scholars and a Global Business Consultant to CEOs. PaulFDavis.comEducationPro.usLinkedin.com/in/worldproperties.