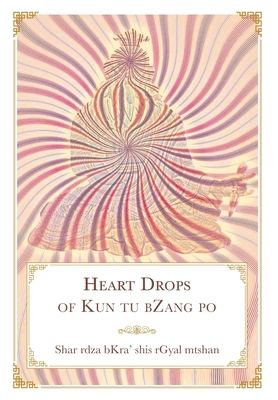 This precious set of teachings was translated by Geshe Sonam Gurung & Daniel P. Brown, Ph.D. under the Guidance of H.H. the 33rd Menri Trizin for the Pointing Out the Great Way Foundation.

This book is the shortest of Shar rdza Rinpoche's trilogy on Bon Great Completion by-passing meditation. It contains:

(2) thoroughly cutting through pith instructions on view, meditation, conduct, and fruition to establish stable awakening. Emphasis is given the "the great non-action" as the essential point for crossing over from ordinary mind to awakened mind-itself;

(4) pith instructions for recognizing the very similar visions in the dying process and after-death bardos, so as to transfer-consciousness at that time.

This text was originally translated into English by Lopon Tenzin Namdak entitled Heart Drops of Dharmakāya, Ithaca, NY: Snow Lion, 1993. That translation was based on lectures he gave on the text to Western students in Nepal in 1991. However, that translation, based on live lectures, is not a line-by-line translation of the original Tibetan text, and many quoted passages from other texts were omitted. Therefore, we have made this new, line-by-line, complete translation available here.