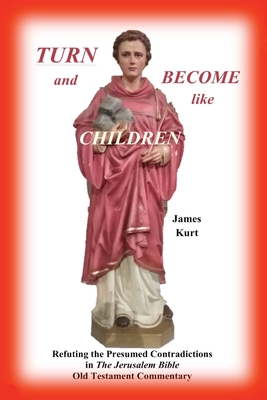 Any number of commentaries could be addressed - there are, for instance, similar problems with the commentary of the Navarre Old Testament -but The Jerusalem Biblehas been chosen for its substantial influence over even particularly orthodox priests and teachers, who do not hesitate to recommend it. Though there may be commendable points in the commentary, its serious and widespread flaws have been virtually ignored.

Here is a declaration that "the emperor has no clothes," that many exegetes have been blinded by a lack of faith in the inspired Word, believing rather in their own abstract academic theories. Here is a record of the blindness that has plagued the Church for so long, with a call to "turn and become like children" that we may see, that we may know Christ again... and approach His Kingdom.