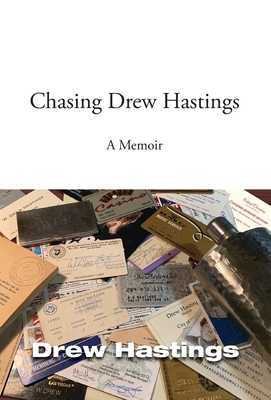 The son of a single mother, Hastings picks his way through suburban and urban Ohio, obsessed with proving himself against the backdrop of the counterculture of the Sixties and Seventies. He opens a paper shredding business, tries his hand as a rug salesman, even dabbles in muskrat trapping. Most enterprises end in disaster and nothing lasts long. Finally someone suggests standup comedy-friends always said he was funny, plus the idea of 'Drew Hastings' on marquees all over the country is too much to pass up. He moves to Hollywood where he flirts with fame but can't quite bring himself to grovel long enough. And just as a dark depression takes hold, he finally bolts, buys a farm in rural Appalachian Ohio, and at the age of fifty, starts over, breeding cattle, developing real estate, and yes, becoming the mayor of Hillsboro, Ohio.

Refreshingly honest and darkly funny, Chasing Drew Hastings is a wide-ranging memoir of a life ruled by misadventure and coincidence, growing up a confused kid and striving to find out what it means to be a man. Drawing on everything from small town politics to the ambition and malaise of show biz, Drew Hastings reckons with American masculinity, fatherhood, and inheritance head on. Unlikely, irreverent, and wholly original, the result is endlessly entertaining, and perhaps even inadvertently revelatory.