The Soul of Success Vol 3 (Hardcover) 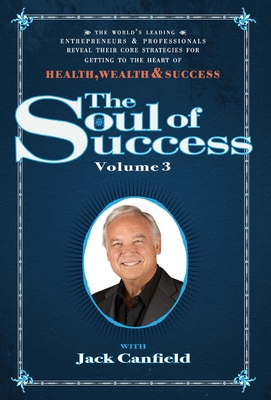 The Soul of Success Vol 3 (Hardcover)

Success is a concept universally embraced but individually defined. Our definition of success truly depends on our individual goals. For example, your goal might be monetary, a physical accomplishment or a moral achievement. To flesh out this topic, we are adding a few comments made by famous and successful people in diverse fields - similar and familiar concepts to those put forward by the CelebrityExperts(R) in this book.

Success is to be measured not so much by the position that one has reached in life as by the obstacles which he has overcome while trying to succeed.

You can succeed best and quickest by helping others to succeed. Napoleon Hill

The difference between a successful person and

but rather a lack in will.

In our New Economy, the acquisition of success has been reformatted somewhat by business and industry even though its principles remain the same. The Electronic Revolution has changed the economic landscape as much as the Industrial Revolution. We now live more and more in "real time" and expect others to do the same. This era of instant communication has changed the ways in which we communicate and expect responses.

To succeed today, it is useful, perhaps essential, to have a mentor. Errors will be made, but to minimize them will speed up your journey. The CelebrityExperts(R) in this book will help you along the way. They have been there and know the road. Who would be better to guide you? They will illuminate your path to The Soul Of Success...