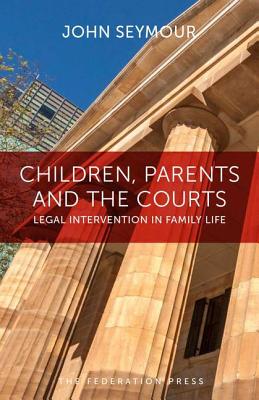 
Special Order—Subject to Availability
(This book cannot be returned.)
Dr John Seymour has a special interest in children and the law. From 1979-1981 he acted as the Commissioner in Charge of the Australian Law Reform Commission's inquiry into child welfare law in the ACT. This inquiry resulted in a substantial and influential report, Child Welfare (ALRC Report No 18, 1981). He maintained this interest when appointed to the Australian National University College of Law, from which he retired in 1998 as a Reader. Among the courses he taught were Child Welfare Law, and Children, Parents and the State. He also taught courses in Criminal Law, Social Welfare Law and Administration of Criminal Justice and undertook medico-legal research, focusing on the legal status of the fetus and litigation arising in the field of obstetrics. His books include Dealing with Young Offenders (Lawbook Co, 1988) and Childbirth and the Law (OUP, 2000). He was a joint editor (with Philp Alston and Stephen Parker) of Children, Rights and the Law (Clarendon, 1992). He has published articles in numerous journals, including the Australian and New Zealand Journal of Criminology, Federal Law Review, Torts Law Journal, Law and Society Review, Oxford Journal of Legal Studies, Journal of Law and Medicine, Modern Law Review and International Journal of Law and the Family. He is currently an Honorary Professor in the ANU College of Law.