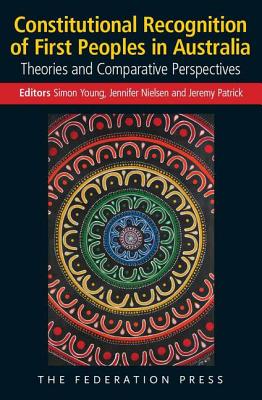 
Special Order—Subject to Availability
(This book cannot be returned.)
Professor Simon Young is based at the University of Southern Queensland and is an Adjunct Professor at the University of Western Australia. He specialises in the areas of Indigenous law and policy (including native title) and public law (particularly administrative law), publishing books in those fields in 1997, 2001, 2007, 2008 and 2016, and articles in Australian, Canadian and United Kingdom journals. He has collaborated, in various capacities, with a number of government agencies (in Australia and Canada), various non-government organisations, the Australian Law Reform Commission, judges, law firms, barristers and journalists. Dr Jennifer Nielsen works as a Senior Lecturer in the School of Law and Justice at Southern Cross University. Her research interrogates the interface between mainstream laws and legal systems, race and whiteness. It applies a theoretical framework informed by Indigenous knowledges and philosophies on colonialism, self-determination, whiteness and racism. She has published a range of articles and book chapters on these themes, presented at national and international conferences, and co-edited the significant 1996 text, Majah: Indigenous Peoples and the Law (The Federation Press). Dr Jeremy Patrick is a Lecturer at the University of Southern Queensland School of Law and Justice. He has law degrees from the University of Nebraska (JD), University of Toronto (LLM), and York University (PhD). He specialises in law and religion and constitutional law, and has published in American, Canadian and Australian journals. His book Freedom of Religion at the Margins: Fortune-telling, Witchcraft, and Individual Spiritualities is under contract with the University of British Columbia Press.