My Road from Damascus: A Memoir (Paperback) 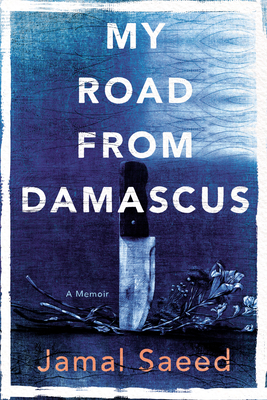 My Road from Damascus: A Memoir (Paperback)

An extraordinary account of survival in Syria's most notorious military prisons that is written with "brutal clarity -- and yet, there is a poetic quality to the telling." -- Frances Itani, award-winning author of Deafening and Remembering the Bones

Jamal Saeed arrived as a refugee in Canada in 2016. In his native Syria, as a young man, his writing pushed both social and political norms. For this reason, as well as his opposition to the regimes of the al-Assads, he was imprisoned on three occasions for a total of 12 years. In each instance, he was held without formal charge and without judicial process.

My Road from Damascus not only tells the story of Saeed's severe years in Syria's most notorious military prisons but also his life during the country's dramatic changes. Saeed chronicles modern Syria from the 1950s right up to his escape to Canada in 2016, recounting its descent from a country of potential to a pawn of cynical and corrupt powers. He paints a picture of village life, his youthful love affairs, his rebellion as a young Marxist, and his evolution into a free thinker, living in hiding as a teenager for 30 months while being hunted by the secret police. He recalls his brutal prison years, his final release, and his family's harrowing escape to Canada.

While many prison memoirs focus on the cruelty of incarceration, My Road from Damascus offers a tapestry of Saeed's whole life. It looks squarely at brutality but also at beauty and poetry, hope and love.

Jamal Saeed spent 12 years as a prisoner of conscience in Syria before being invited to Canada in 2016. He continues to raise awareness about Syria's ongoing civil war and humanitarian crisis through his work as an activist, editor, visual artist, and author. He lives in Kingston, ON.