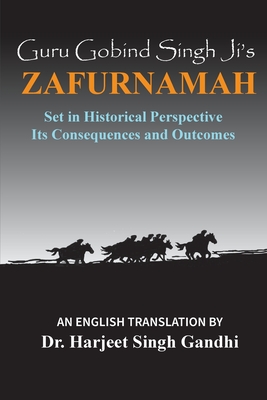 In the time of Mughal rule, in the land of Bhaaratvarsh (India), an oath is written on a copy of the Qur'an and then broken by the officers of the Emperor Aurangzeb. Guru Gobind Singh, the tenth Sikh Guru, fighting for the right to socio-religious equality, is duped by that very oath leading his family into an ambush, where he suffers the loss of all his sons, his mother and many of his men.

Rather than accept defeat, he rises like a phoenix, disregarding his own pain, and writes a scathing condemnation to Aurangzeb, in which he claims a moral victory for the Almighty. This is the story of a mortal man with an indomitable spirit who demonstrates an insatiable trust in God. Written in couplets, the poetic epistle Zafurnamah demonstrates the courage and faith of the tenth Guru of Khalas human beings, those who came to be known as the Khalsaa.