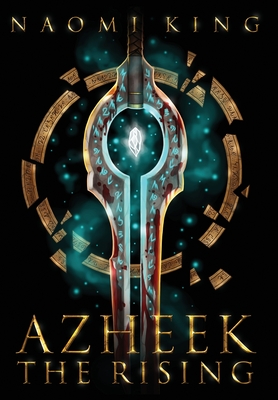 The world of Ianar is in unrest. Its protectors and first inhabitants, the azheeks, have been disappearing. Tensions between races and kingdoms are growing, and a cult of corrupt humans has merged from the shadows, fuelled by their hatred towards azheeks.

After running away from her childhood home, Chester, a trained fire azheek with murderous tendencies, finds friends in unlikely places. With a giant beast by her side, she sets off on a journey in search of a new home. What she finds is the opposite.

In a moving world of powers, creatures, and diverse cultures, Chester finds herself in the centre of corruption and what only feels like the beginning of a brewing war.

The Rising is the first book in the Azheek series.