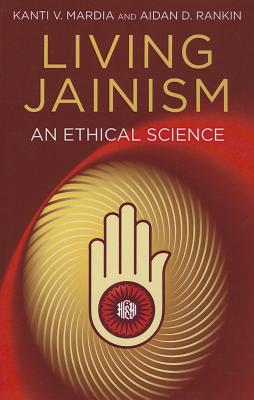 
Special Order—Subject to Availability
Living Jainism explores a system of thought that unites ethics with rational thought, in which each individual is his or her own guru and social conscience extends beyond human society to animals, plants and the whole of the natural world. The Jain Dharma is a humane and scientific spiritual pathway that has universal significance. With the re-emergence of India as a world power, Jain wisdom deserves to be better known so that it can play a creative role in global affairs. Living Jainism reveals the relevance of Jain teachings to scientific research and human society, as well as our journey towards understanding ourselves and our place in the universe.
Aidan Rankin is a writer and researcher on spiritual and esoteric matters. He lives in Yorkshire and is on the National Council of the Theosophical Society. Kanti Mardia lives in Leeds, UK. He has published many research papers and monographs on Statistics. He has also published several articles on Jainism, and was Editor of Jaina. Kanti Mardia is Senior Research Professor in Statistics at Leeds University, where he has held a chair since 1973. In 2013, he was awarded the prestigious Wilks Medal from the American Statistical Association. Aidan Rankin is a London based writer and researcher on spiritual and esoteric matters. He has a PhD and MSc degrees from the London School of Economics and an MA in Modern History from Oxford University.