Comparison: A Critical Primer (Concepts in the Study of Religion) (Paperback) 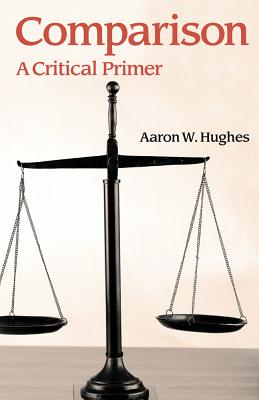 Comparison: A Critical Primer (Concepts in the Study of Religion) (Paperback)


Not On Our Shelves—Ships in 1-5 Days
(This book cannot be returned.)
Comparison is held to be one of the central methods of the academic study of religion. While many ostensibly engage in the comparative act, often overlooked is what it actually means to do this. What is comparison? Why engage in it and for what purposes? Can there be such a thing as a valid or invalid comparison? Can comparison itself be compared to anything? This book starts with the premise that while there are good comparisons and bad comparisons, what is common to both is the sheer artificiality of the enterprise and develops an analytical framework for using the method in the context of religious studies. After briefly tracing the history and genealogy of the category, Hughes draws on his own extensive work in Judaism and Islam to argue that comparison can be a useful method, but only under strictly controlled conditions.
Aaron W. Hughes is the Philip S. Bernstein Professor of Jewish Studies at the University of Rochester. His research and publications focus on both Jewish philosophy and Islamic Studies. He has authored numerous books, including Situating Islam: The Past and Future of an Academic Discipline (Equinox, 2007); Theorizing Islam: Disciplinary Deconstruction and Reconstruction (Equinox, 2012); Muslim Identities: An Introduction to Islam (Columbia, 2012); and Abrahamic Religions: On the Uses and Abuses of History (Oxford, 2012). He currently serves as the editor of the journal Method and Theory in the Study of Religion.