Religions of a Single God: A Critical Introduction to Monotheisms from Judaism to Baha'i (Paperback) 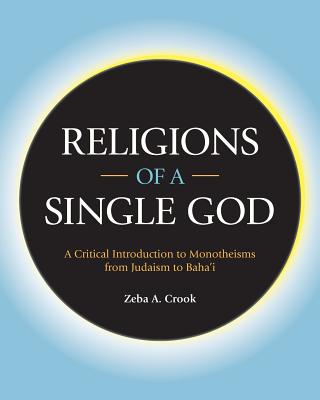 Religions of a Single God: A Critical Introduction to Monotheisms from Judaism to Baha'i (Paperback)

By Zeba a. Crook

Religions of a Single God is like no other introductory textbook on the Western monotheistic religions. As expected, it teaches both the basics of Judaism, Christianity and Islam, presenting the trajectories of their development over time, their main theological debates and claims, sacred writings, and their common practices and holy days. But rather than claiming to show the "essence" of Judaism, Christianity, or Islam, Religions of a Single God shows the diversity within Jewish, Christian, and Islamic experience, theological dispute, and practice. Rather than relying solely on the traditional theorists of religion, this book also introduces the approaches of contemporary critical thinkers to questions of defining, classifying, and studying religion. Rather than presenting Mormonism and the Baha'i Religion as "New Religious Movements", this book treats them as part of the continuing history of religion, growing out of and within Christianity and Islam respectively. Religion, in other words, is not a thing of the past. It's happening right now, all around us.

Zeba A. Crook is Professor of Religious Studies at Carleton University, in Ottawa, Canada.