Jesus and Addiction to Origins: Toward an Anthropocentric Study of Religion (Paperback) 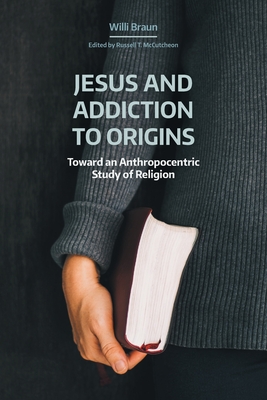 Jesus and Addiction to Origins: Toward an Anthropocentric Study of Religion (Paperback)

Jesus and Addiction to Origins constitutes an extended argument for an anthropocentric, human-focused study of religious practices. Part I presents the basic premise of the argument, which is that there is nothing special or extraordinary about human behaviors and constructs that are claimed to have uniquely religious status and authority. Instead, they are fundamentally human, and so the scholar of religion is engaged in nothing more or less than studying humans across time and place in all their complex existence-which includes creating more-than-human beings and realities.

As an extended and detailed example of such an approach, Part II addresses practices, rhetoric, and other data in early Christianities within Greco-Roman cultures and religions. The underlying aim is to insert studies of the New Testament and non-canonical texts, most often presented as "biblical studies," into the anthropocentric study of religion proposed in Part I. How might we approach the study of "sacred texts" if they are nothing more or less than human documents deriving from situations that were themselves all too human? Braun's Jesus and Addiction to Origins addresses that question with clarity and insight.