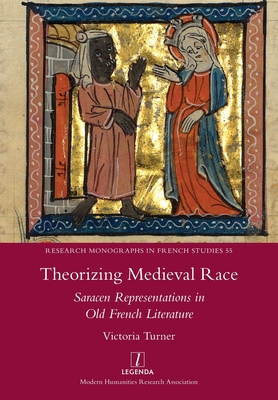 In today's discussions of religious difference and intolerance, the Middle Ages are often presented as a time of fixed racial, religious, and cultural identities, especially as regards the East and Islam. Representations of Saracens, however, show how literary traditions invite a more nuanced consideration of the complex and often surprising ways in which such non-Christian figures might be depicted.

In a wide-ranging study of Old French texts from c.1150-1350, Victoria Turner explores how racial identity is not only paradoxical but even fluid in the medieval Christian literary imagination, where Arthurian heroes may have Saracen ancestors and where a Saracen may set an example of good Christian behaviour. Drawing on modern critical theory, Turner adopts a series of approaches to concepts of race to counter suggestions that these medieval identities were necessarily adversarial, consistent or absolute.

Victoria Turner is Lecturer in French at the University of St Andrews.