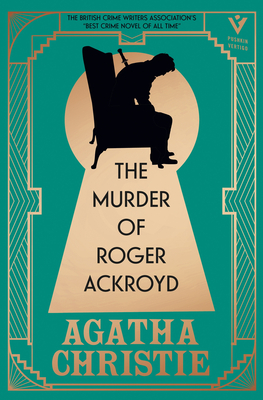 
On Our Shelves Now at:
A beautifully produced edition of the world’s greatest crime writer’s best and most influential mystery, which changed the game with an unprecedented plot twist

With its famously shocking ending, The Murder of Roger Ackroyd is one of Agatha Christie's greatest mysteries, and the book that changed her career.

One evening the wealthy Roger Ackroyd is discovered slumped in his armchair, a knife buried in his heart. It is the start of a murder case that spurs the inhabitants of the sleepy English village of King's Abbot to feverish speculation.

The local police are perplexed, but soon a recently retired Belgian detective, Hercule Poirot, joins the investigation. The truth he uncovers will shock even the most imaginative of the village gossips.
Agatha Christie is known throughout the world as the Queen of Crime. Her books have sold over a billion copies in English with another billion in over 70 foreign languages. She is the most widely published author of all time and in any language, outsold only by the Bible and Shakespeare. The Murder of Roger Ackroyd shocked the world of crime literature when it was first published in 1926, and remains one of her best-loved mysteries.